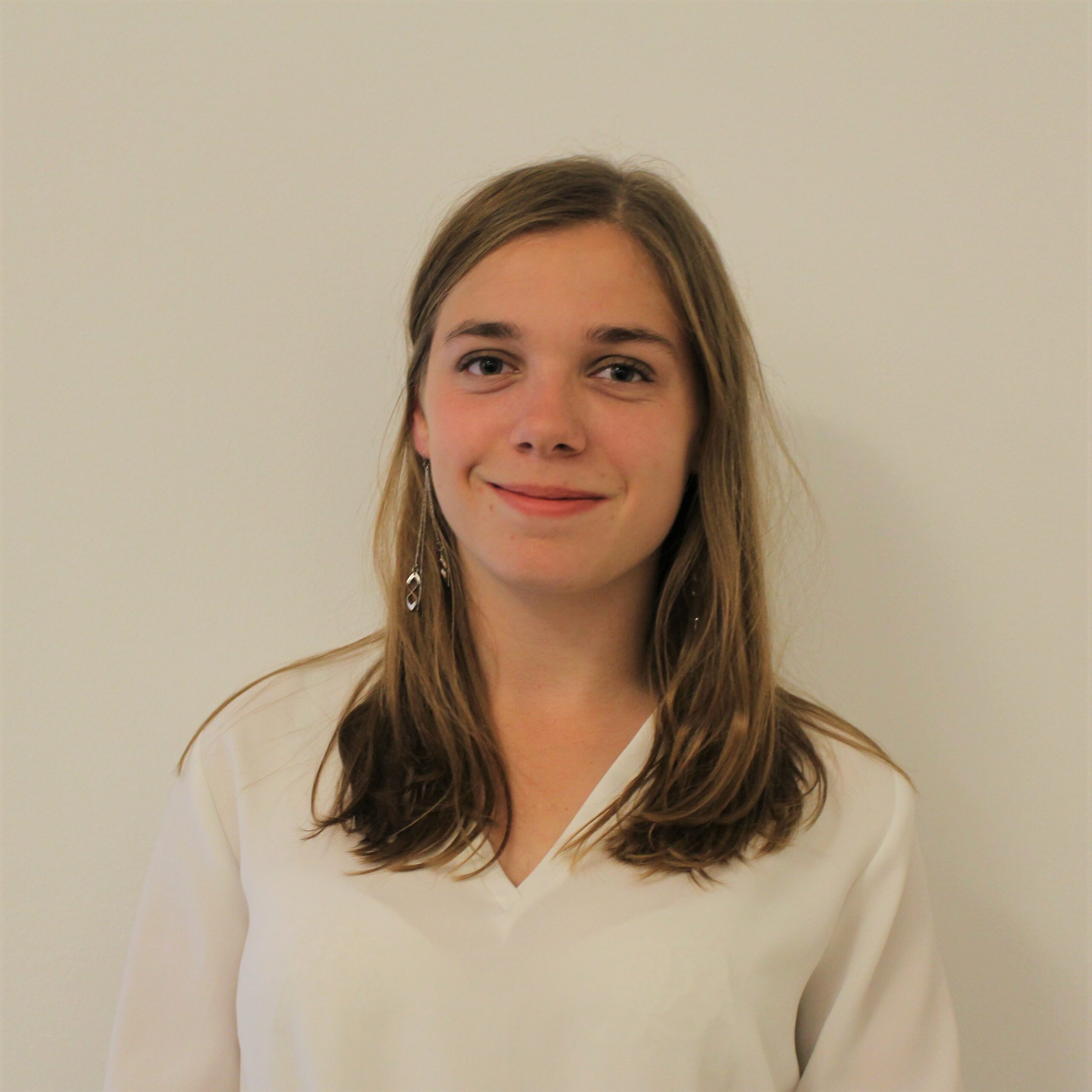 Katrin BrulsMemberExecutive Board
I am originally from Belgium, but in the past years I have lived in France and went abroad on a gap year to Asia. I am currently living in Copenhagen, where I study on my second year of the Bachelor of Business with Asian studies at Copenhagen Business School.
I have been part of oikos Copenhagen since September 2016, and became president of the Copenhagen chapter last May.
I first became involved in sustainability when I was a volunteer on my gap year in South Korea, Taiwan and Japan. During this time, I got inspired by the local people I worked with, who were trying to build momentum on sustainability in their communities where the awareness on sustainability was not as developed as in the countries I had lived in. It was inspiring to see how each of these individuals had a different approach to sustainability and were able to influence their communities and create change little by little. The willingness of these people to create change for a better world is what made me want to be more involved in sustainability and which eventually made me decide to join oikos when I entered university.
I love art, photography and travelling to discover different cultures. I am particularly interested in Asian cultures and have been learning Japanese for the past 5 years.

What do I want to do as an EB member?
Being surrounded by people from all over the world in recent years, I have learned how valuable the diversity in cultures and ideas can be to get inspired. That is why one of my main focuses as being part of the executive board will be to bring together the oikos chapters from around the world. By creating a flexible but simple structure, oikos chapters from around the world can connect, share their ideas and get inspired. 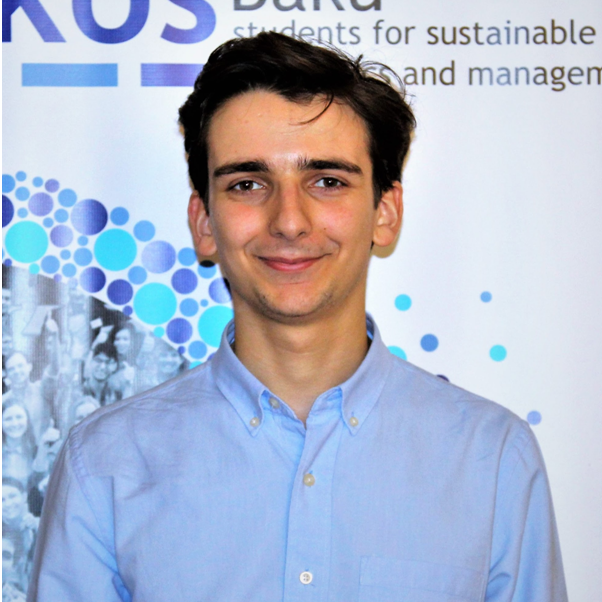 Nurlan JahangirliMemberExecutive Board
Nurlan is passionate and motivated for making positive impact since school years. He studies Economics in Baku and he is an Environmentalist, so he wants to develop the two field together.

He is active in society development programmes approximately five years. During five years of active involvement in social projects he has gained many organizational skills. To make a difference in the world, he started to work in oikos Baku as an internationally supported platform. 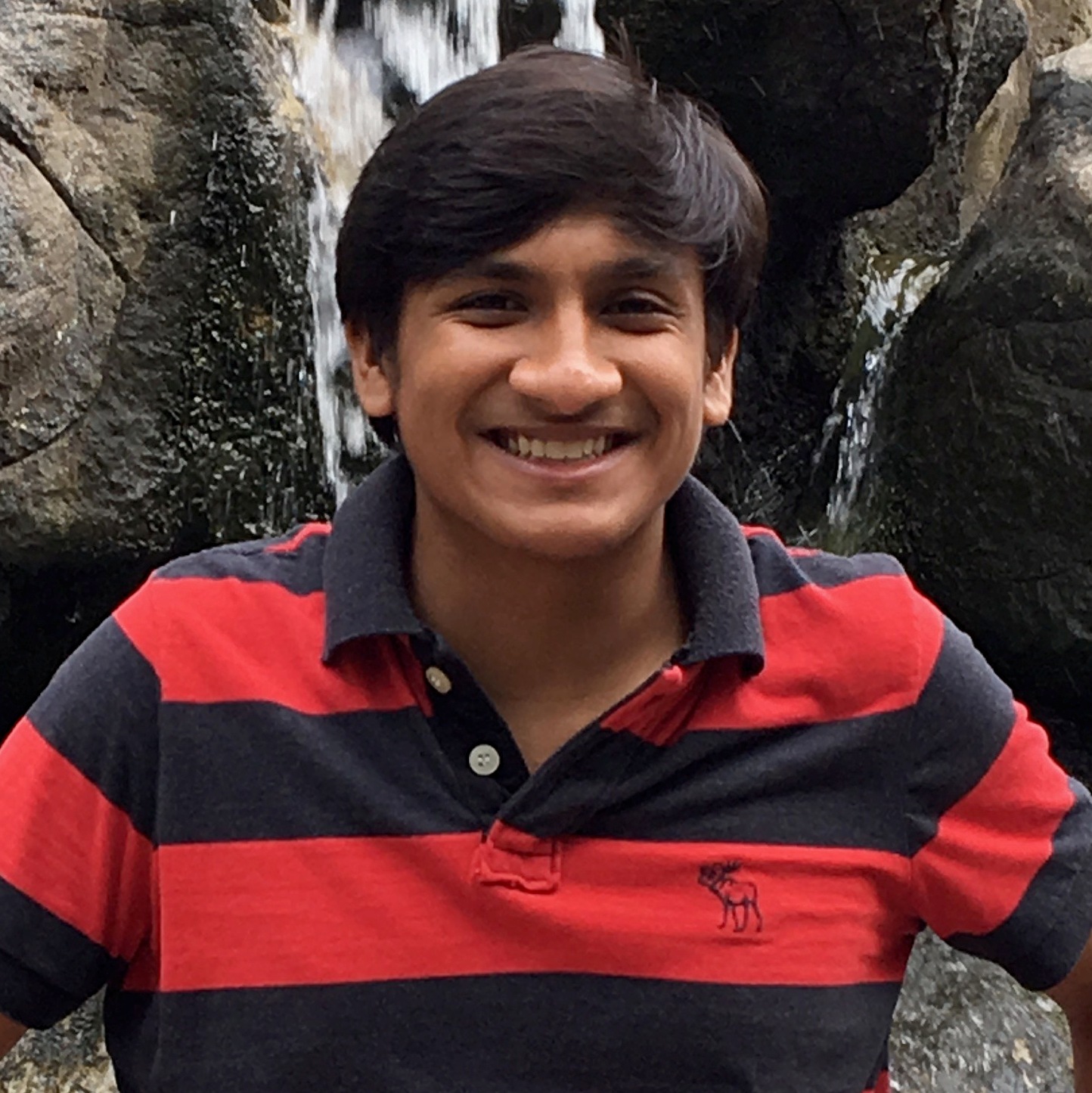 Abhishek KankaniMemberExecutive Board
Hi! I am Abhishek Kankani, and am currently pursuing my B.Tech in Computer Science from the Vellore Institute of Technology, Vellore. I have always had a knack for technology and entrepreneurship, and love intertwining the two together. I have had the experience of working with startups and starting a few on my own too, and hope to share it with others! 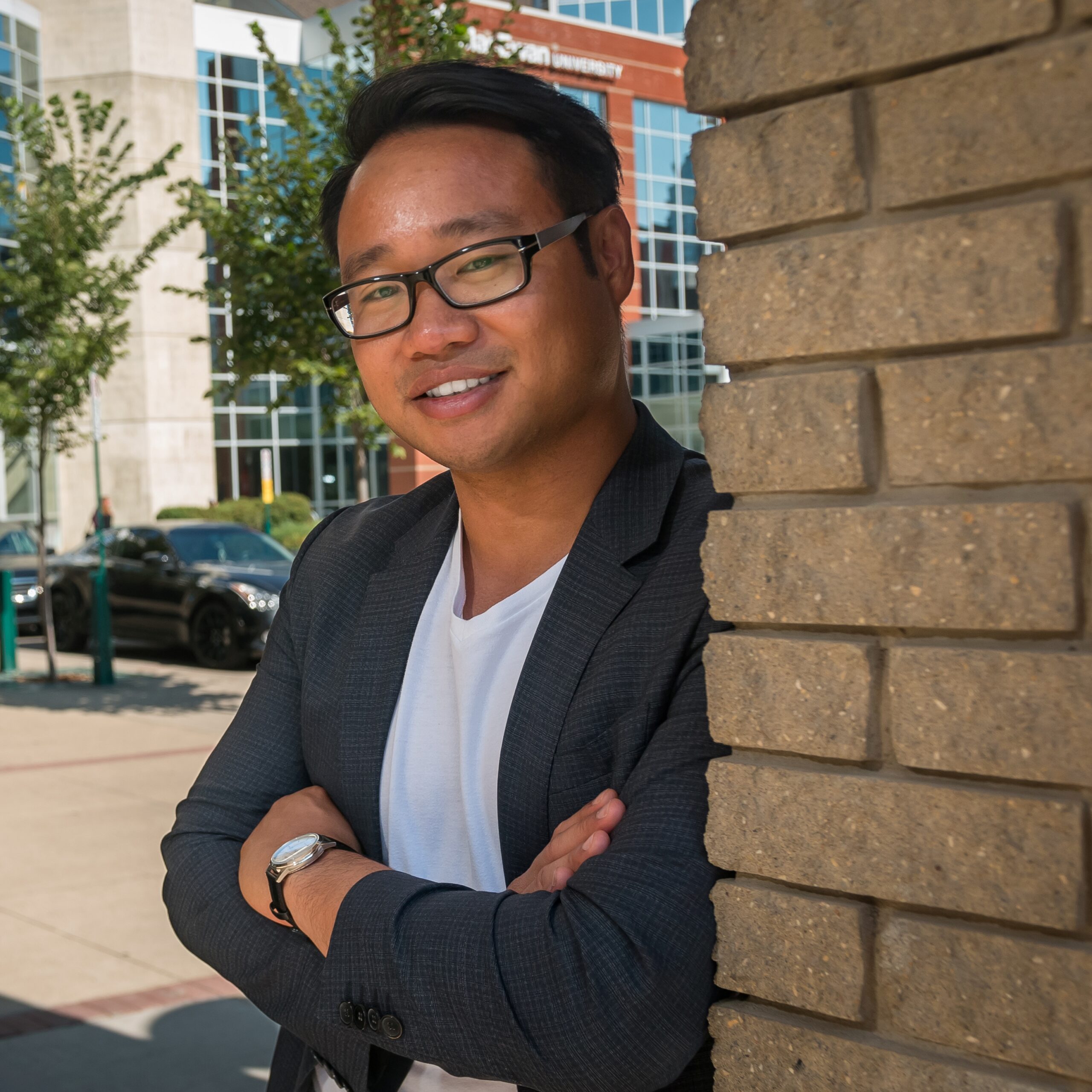 Erikk OpinioMemberExecutive Board
Erikk Opinio is in his 4th year of the Bachelor of Commerce program at MacEwan University majoring in accounting. Erikk interned with the Alberta Investment Management Corporation (AIMCo) in responsible investing, and is now determined to pursue a career in the finance and investment industry. Currently, Erikk is working part-time at AIMCo, an advisor to oikos Edmonton’s Executive Committee and is involved in academic and community groups advocating for student voice and community development.

Erikk’s passion for sustainability and involvement with the local community make him a versatile and dependable individual that can effectively manage multiple responsibilities, while developing meaningful connections with stakeholders at all levels. In his spare time, Erikk enjoys playing volleyball, biking and yoga. He was Executive Board member of oikos International from 2012 till 2016. He founded oikos Tbilisi in 2011, where he served as the president of the local chapter. He was founder and director of oikos Summer Schools, chief organizer of the first oikos CEE Regional Meeting in 2012.

He has several years of managerial experience, working as a head of some local organizations in Georgia. His area of interest is sustainable development of economics, as well as in-depth research of other fields connected to it. His efforts to increase awareness of sustainability across Georgia and Caucasus Region are widely recognized and talked about by academia in Georgia.  In his free time he likes to travel, hike and play basketball. 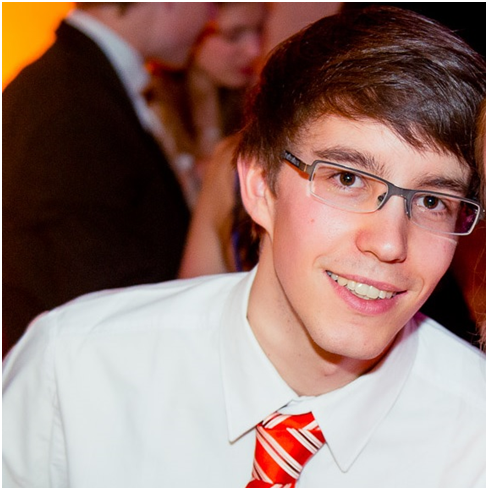 Benoît PitsaerMemberExecutive Board
Benoît Pitsaer is an undergraduate student at the ICHEC Brussels Management School. He is glad and proud to have revived oikos Brussels from dormancy. As president of oikos Brussels, he was very dedicated to promoting sustainability at a larger scale and strengthen the network in his region. His fields of interest are Sustainable development, alternative energy and transportation. Based on his experience and his strong commitment, he continues to making a positive change for a more sustainable future through his involvement as an oikos EB member. 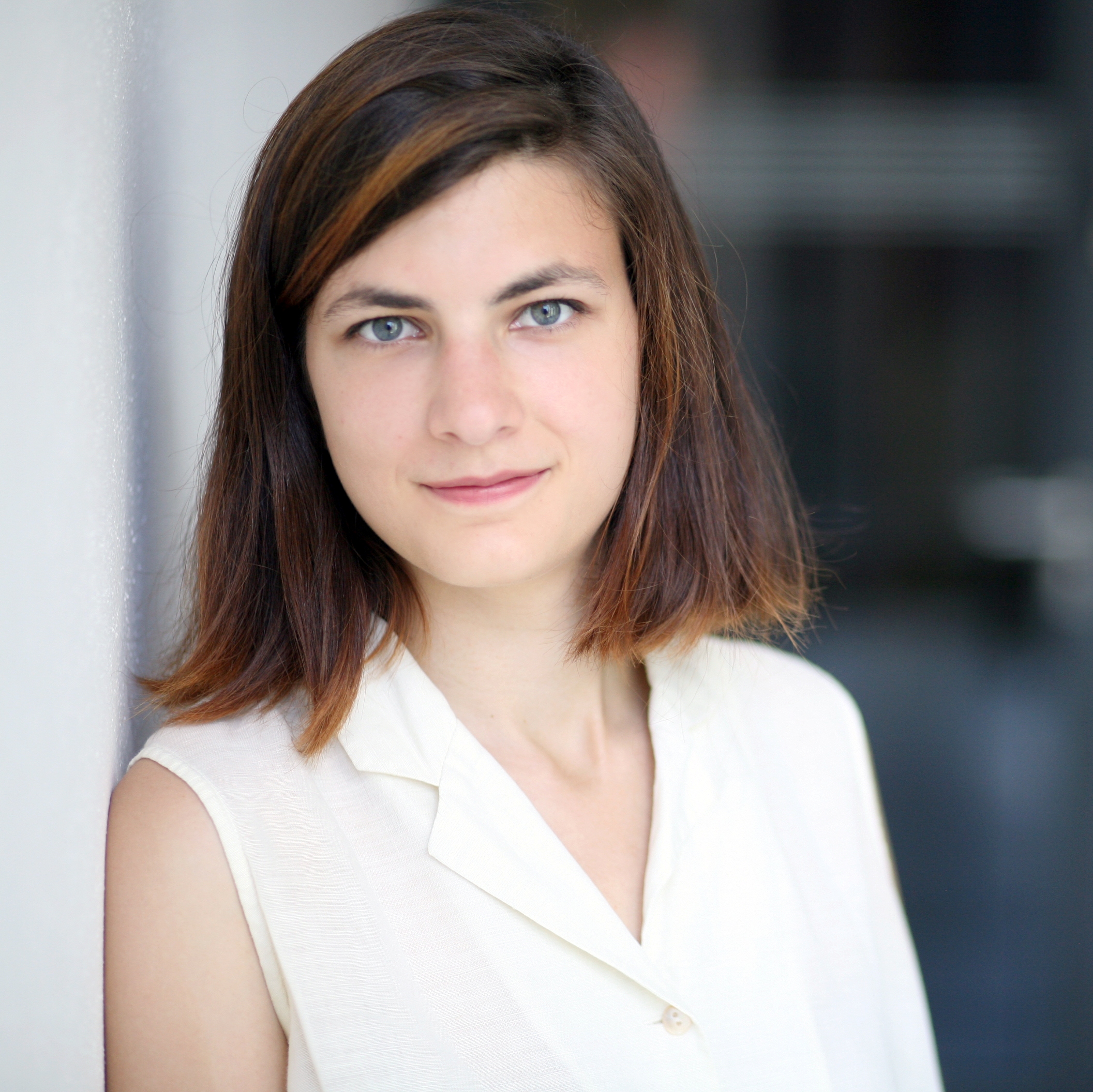 Tiphaine RouaultMemberExecutive Board
I grew up in France and from the high school on until now I seized every opportunity I had to gather international experiences, especially in Germany. I decided to study a double Bachelor in Economics between the universities Paris X and Mainz, Germany. I loved this experience and I’m nowadays at the end of a double Master degree in Sustainable Management between the Lyon and Leipzig universities. During my master, I specialized on sustainable energy. I’ve been engaged for students all over my studies and I’d like to use the skills I gathered in these years to help developing oikos further. Beside the energy topic, I’m highly interested in social sustainability, most of all regarding inequalities and the gender issue. During my free time, I like playing the piano, travelling and photography.