Economics and management education has become a subject of increasing scrutiny in light of pressing environmental, economic, and social challenges. Some authors detail infamous and unethical corporate scandals as well as the 2008 global financial crisis to emphasize shortcomings in economics and management education, and the negative role business leaders might play in contributing towards global climate change and financial as well as social calamities (Colander et al 2009, Giacalone and Wargo 2009, Waddock and Lozano 2013, Swanson, 2004). Similarly, the discipline of economics has received ample criticism for relying on tools and theories that are poorly suited to deal with the mounting problems of the 21st century (Hodgson et al 1992, Keen 2002, Fullbrook 2004, Krugman 2009). This has led many scholars to also point to the need for reforming both economics and management curricula (Barone 1991, Giacalone and Thompson 2006, Reardon 2009, ISIPE 2014, Earl et al 2016).

This study specifically details how students have emerged as one of the key advocacy groups for economics and management education reform. Since the late 1980s, they have called for the better understanding of ecological responsibility (Barkawi 2000), and more recently, for the introduction of a pluralist curriculum informed by diverse schools of economic thought and “real world” experience (The Post-Crash Economics Society 2014). Hence, the question we address is “How can a student organization help transform economics and management education?”.

Inspection Copy
A version of this article was published in the Encyclopedia of Sustainability in Higher Education in 2019. See it here 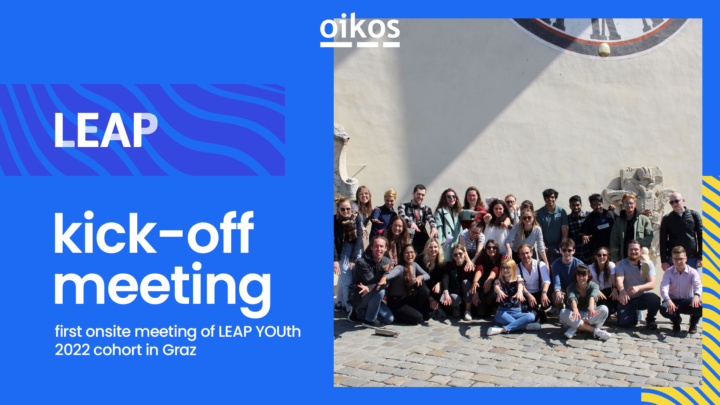 Participants of our LEAP YOUth program’s 2022 cohort had the opportunity to meet together in the lively city of Graz, A... 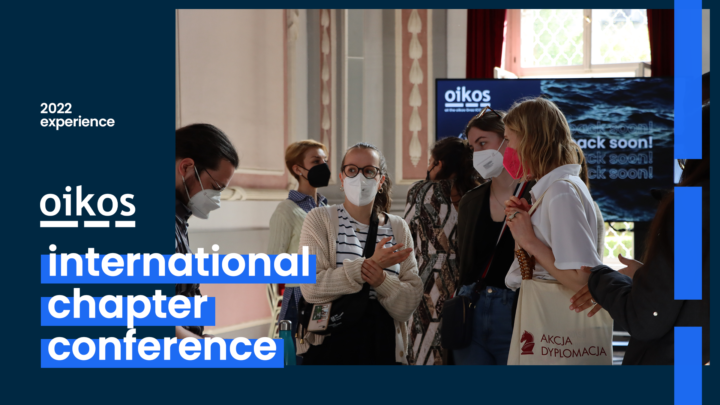 From 21 to 24 April, our Community had the pleasure to be hosted by the Graz chapter of oikos for this year’s edition o... 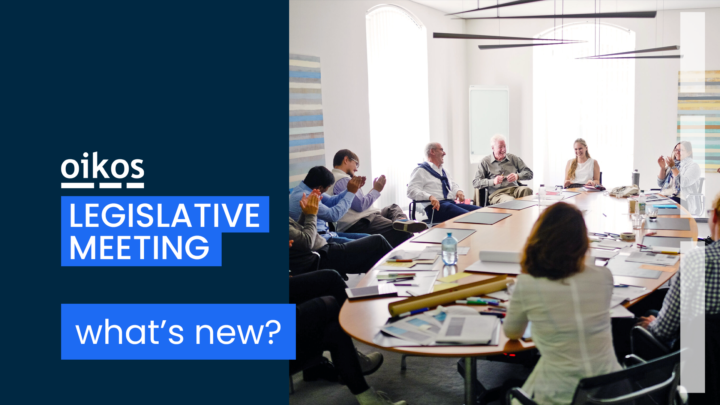 oikos Legislative Meeting April 2022: What decisions were made?

The oikos Community gathered online for the first Legislative Meeting of the year on Sunday, April 10. Decisions regarding or...