Engaging workshops, controversial debates, nuclear reactor sightseeing, cultural activities and, of course, loads of energy! This was the conference  “Sustainable Energy for Europe” that was held in Warsaw on 12-15th September 2013.

The aim of the conference was to gather passionate individuals to discuss the challenges of both Polish and the European energy sector in the perspective of EU climate policy. The participants of the meeting came from numerous chapters from Europe which has made the meeting an international, multicultural event, where different experiences, views and opinions could be shared.

The opening debate on Thursday, “European Energy Mix Today”, highlighted Europe’s import dependency and strong reliance on conventional energy sources, especially on coal, that may stand in its way towards achieving the reduction targets. Tomasz Chmal, Sobieski Institute, presented energy poverty and increasing energy prices as possible results of current EU climate policy.  In his opinion energy efficiency and effectiveness in conventional energy sector will be a chance for “bright future of coal in Europe”. Also Marcin Bodio, CEEP  concluded that affordable and stable energy price achieved thanks to investment in coal industry will be an engine for economic growth in Poland.  In comparison, Andrzej Ancygier, Hertie School of Governance, stated that the instability of energy market could be overcome thanks to proper European policy that creates incentives to develop renewable energy sources and makes the change towards sustainable development possible.

A clear proof that the shift towards sustainability is possible was visible during the Thursday’s Project Fair. While giving the elevator speeches on their projects, the participants had to compete for the audience attention to get to the final round. The Project Fair happened in “Strych na Wróble” (“The Attic for Sparrows”), that is on one hand a co-working place, on the other hand an atelier for all kind of artwork like photography or theatre.

The next morning of Warsaw conference was dedicated to the National Centre for Nuclear Research in Swierk. The visit was divided into two parts. The first one was a lecture devoted to the nuclear physics and energy, working of the reactor and research conducted by the Centre. The second and the most exciting part of our visit in Swierk was of course sightseeing of a nuclear reactor followed by passionate discussion on the future of nuclear energy.

oikos Warsaw organisers did their best to provide high quality vegetarian food. Lunches and dinners were prepared by “Vegavani”, a family business specialised in vegetarian catering. The owner’s passion for vegetarian cooking made the company be the oldest and most experienced company in the industry. The products were preservative-, colorant- and egg-free; they were chosen to take care of  health and good mood, so essential for integration.

During the third day of the conference, the participants continued discovering the topic of energy. The morning session was devoted to oncoming oikos Winter School followed by Yurii Moroz, representative of Society of Petroleum Engineers,  organisation serving managers, engineers, scientists worldwide in the segment of the oil industry. He was challenged by the question of finding common denominator between conventional and sustainable energy, which turned out to be a perfect introduction to the Saturday’s debate.

Session “Sustainable Energy”, was devoted to the challenges of the climate and energy policy. Daria Kulczycka, Conferation Lewiatan, speaking on behalf of energy producers, called for balancing political and business objectives: security, sustainability and competitiveness. In her opinion, only coherence of national policies combined with diversification of energy supply and smart development of technology instead of blind investment in smart grids based on subsidies is a recipe for economic growth and job creation in Europe. Continuing the topic of investments in energy sector, Kuba Gogolewski, BankWatch, attempted to define sustainable energy sources in light of investment decisions of international financial institutions. He argued that improvement of energy efficiency and increasing the share of renewable energy in European energy mix are indispensible to ensure that economic growth is combined with social equity. Also Beata Maciejewska, Green Institute, called for the equity and energy democracy. She discussed the role of consumers who thanks to energy transformation should evolve into prosumers.

The passion for making a difference appeared during workshops prepared by oikos members. The first case study on Saturday was prepared by oikos Paderborn and devoted to the turnaround in energy policy in Germany (“Energiewende”) with a special focus on the case of wind energy. After an excellent introduction to the topic led by chapter members, the participants were invited to work in groups and define a development strategy for the energy sector that will meet the goals both of business representatives and policy makers. Representatives of the teams were asked to take part in a fishbowl discussion about onshore and offshore wind farms. Team work continued during the second Saturday’s workshop, when oikos Vienna wanted students to critically assess Austrian Best and Worst Cases of Renewable Energy Production. After a presentation of astonishing investment ideas in the country’s energy sector, participants were divided into four groups. Three of them formed teams responsible for developing projects aimed at implementing sustainable solutions in hydroelectric plants whereas the fourth one established the Financial Committee that was to assess their applications for funding. The participants learned to distinguish key features that decide about successful implementation of such projects.

In the evening the participants were invited to a club in forgotten and mysterious district of Warsaw – Praga, where one can still see pre-war architecture. In the atmosphere of memories and history, oikos Warsaw was happy to greet a considerable group of Alumni that agreed to join the participants of the conference in the evening to talk about old good times.

Sunday started with a lesson on creativity and team work. Besides the roles of engineers and authorities, the participants also tried their luck in managing news and newspaper editing. During the workshop “Energy Sector: Hot & Controversial” oikos Prague inspired the students to search for information and create magazines bringing hot news of the energy sector.

During the closing debate, “European Energy Mix Tomorrow”, green energy postulate came back when Dariusz Szwed presented his vision of 100% renewable energy for Europe. In comparison, Andrzej Chmielewski, Institute of Nuclear Chemistry and Technology, depicted nuclear power as an only  chance for Europe to develop at the time of shrinking energy resources. Both ideas were confronted by Miroslaw Duda,  the Energy Market Agency. He discussed technological obstacles in Polish power grid that limit possibilities to quick changes of the coal based infrastructure in the power industry and ensure security of supply based on renewable or nuclear power.

Energy is a sector which has a huge impact on the economy, the environment and the whole society. We were focused on EU climate policy, CO2 emissions and sustainable energy mix. The speakers have shown many sides and different views of conventional, nuclear and renewable energy. The participants prepared fantastic workshops which pictured not only the energy sector of their countries.  The topic was approached in many ways and from different perspectives, which has shown how multidimensional and complicated the energy sector is. Nevertheless, not only presentations made the partakers interact with each other. The project fair, the theatre performance workshop or the nuclear reactor trip created a pleasant atmosphere of creativity and openness. “Sustainable Energy for Europe” was a combination of knowledge and entertainment; it was an opportunity to share previous experiences, make new memories and plan the forthcoming future at the same time.

We strongly believe that in the future voices of the passionate individuals calling for sustainable energy will be as loud as the exclamation “three, two, one… oikos!” that filled the Aula at the closing of the Sustainable energy for Europe conference. 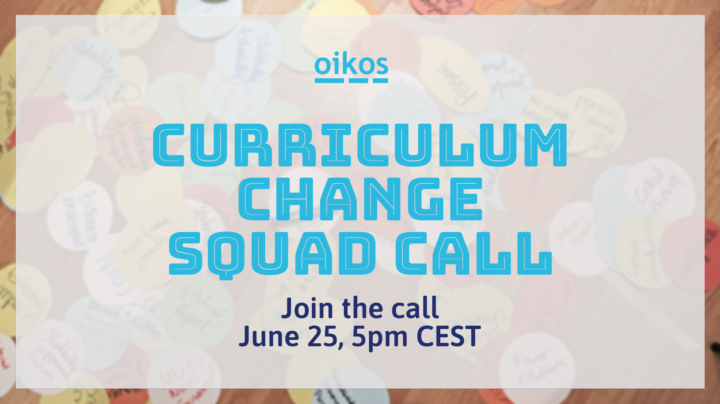 Join us for the June meeting of the Curriculum Change Squad which will take place on Friday 25th of June at 5 pm CEST. This m... 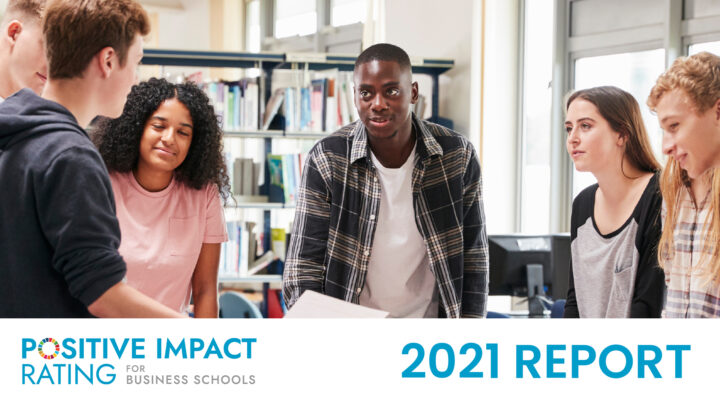 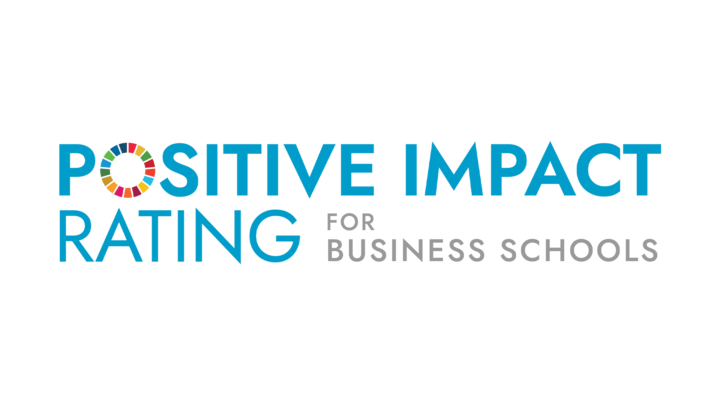