2021 was an eventful year at oikos and as it draws to its end, we take a look at the past twelve months in our Community! The stand-out element of the year behind are the changes and adaptability, both in regards to the current global circumstance and future-proofing our organization. You may see some notable differences between what oikos is today and what it was exactly a year ago. Our governance model has changed, our community has created great impact beyond the oikos network, we have reimagined the way we connect and interact within and beyond the community and we’re determined to take all of that with us to 2022 and realize the maximum oikos potential.

In this article, we will review the year chronologically, highlighting the most important moments and highlights over the last twelve months.

We kicked off the year in the best way possible – our oikos family had grown for not one, but two new chapters. The first one was Cairo, just over a month after their compatriots in Alexandria, students from the Egyptian capital brought oikos to the second university in the country. Not long after, the Istanbul chapter was opened – the first ever oikos chapter in Turkey. It is the result of an amazing effort of local students to contribute to driving change at universities in two of the largest cities in the region and among the largest in the world. Another important highlight of January was the translation of the oikos Guide to Pluralist Economics to German, making it accessible in a third language after English and Italian.

We went into February bigger and stronger, with a bright look at the future. However, there was still attention to be given to the past – for over three decades oikos has seen many generations of students from around the world. We wanted to immortalize their great effort, making it more accessible and visible to the world. For this reason we kickstarted the oikos HOMEcoming project with a goal of creating an open and easy to access archive housing the works and impact of thousands of oikees throughout the years. This month also saw a new Thematic Squad – the oikos Consultancy – an initiative of oikos Barcelona which opened its doors for all members of the oikos Community.

The main event of April this year was the milestone 10th FutureLab. Originally meant to take place on autumn of 2020, the conference was moved to spring with a new, entirely online format. With the main topic of Justice Shift, the online conference welcomed students from different backgrounds providing a platform for learning, but also lead to creating project teams for the oikos Camp which took place a few month later.

In May the spotlight was on the oikos Winter School. Traditionally organized by the oikos Witten/Herdecke chapter, this year brought some changes to the plans due to the pandemic, which had seen it moved from winter to spring. The conference tackled the topic of how a transformation towards sustainability can succeed. The organizing team focused on the interactiveness, the social dimension and the spontaneity of the conference, creating a format to allow for a better experience of an online conference.

A new chapter joined the oikos family in June, with a third UK city added to the oikos map – Nottingham. Following the adoption of Constitutional Changes at the Legislative Meeting in March, the groundwork was laid for rolling out new changes to the oikos International. This means the shift towards a co-presidency model, with two co-presidents taking up on existing and new roles with a goal of more efficiently and effectively managing the organizational side of oikos and addressing the needs of our community. At the UN PRME Global Forum in June, the Positive Impact Rating launched its 2021 Report, covering 46 business schools across 21 countries.

We started off the month with exciting new of the oikos St. Gallen chapter winning the 2021 International Green Gown Awards. The amazing work of their students saw the chapter awarded the highest recognition in the Student Engagement Category. The easing of travelling restrictions in a number of countries in early summer meant after over a year of online events, we were finally able to host an onsite event, the LEAP Midterm Meeting in Leysin, Switzerland. However, as not all participants were able to join, we still maintained a hybrid format – allowing for those left at home to join virtually.

August was a historic month for oikos as that’s when the community came together for an Extraordinary Legislative Meeting to elect the first ever oikos Co-President. At the Meeting the chapter representatives elected Darija Miletić to work along side with Sophie Charrois as the first two co-presidents of oikos International. At the end of August, our Curriculum Change Team hosted oikos Curriculum Camp in Sestriere, Italy which was attended by 9 teams working together on education projects and presenting them to the public. One of the projects to come out of it was the Sustainable Finance Career map – a learning platform for students and researchers in the field of sustainable finance, ESG and impact investing.

Once again we got to see the oikos family grow as a new chapter joins – Kano. The city in northern Nigeria is the first ever oikos chapter in the country and is a result of cooperation between local students and professors dedicated to sustainable development. In September we kick off a crowdfunding campaign for the first time, thanks to the opportunity from the GlobalGiving platform. This campaign provided us with donations and support from our incredible donors, allowing us to become permanent members of GlobalGiving.

At the Legislative Meeting in October, the oikos Community came together for the third time this year to elect a new oikos International Board. The oikos chapter representatives elected seven board members to take mandate for 2022. Later that month, oikos St. Gallen and oikos international co-hosted the oikos Conference, which was our biggest community gathering in almost two years. A number of chapter members and the oikos International Team members got together to learn and connect, but also get to know the new community platform oiKosmos which was officially launched at the conference.

Following the success of our first crowdfunding campaign, we reflected back upon it and all the challenges from the earliest parts of preparation. It was a good learning experience for our Fundraising Working Group, providing some different insights and perspectives which we were happy to take with us for the next campaign. With the first one centered around organizational changes, we decided to create a new one as a way to increase our impact and open up our projects to more students than ever next year.

December is the time of the year we look back to the months behind us. In this throwback we went back to summer which saw our President Sophie hit the road and meet up with a number of chapter members and alumni.

Our community has made an incredible impact this year and despite sometimes challenging circumstances, made the best of all opportunities. With some new changes taking place and some new possibilities opening up, we look forward to 2022 and aim to make our impact go further, even beyond the oikos networks and campuses. As we finish planning out the year ahead, we keep on working together in driving change for a better tomorrow! 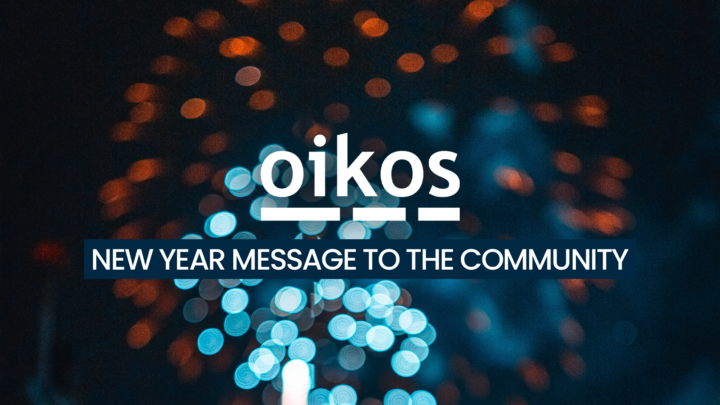 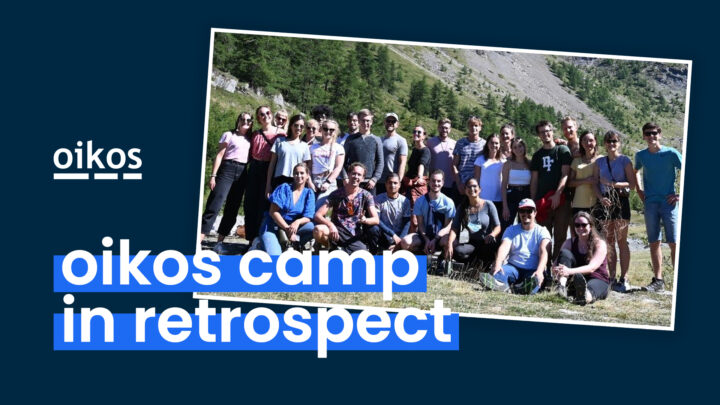 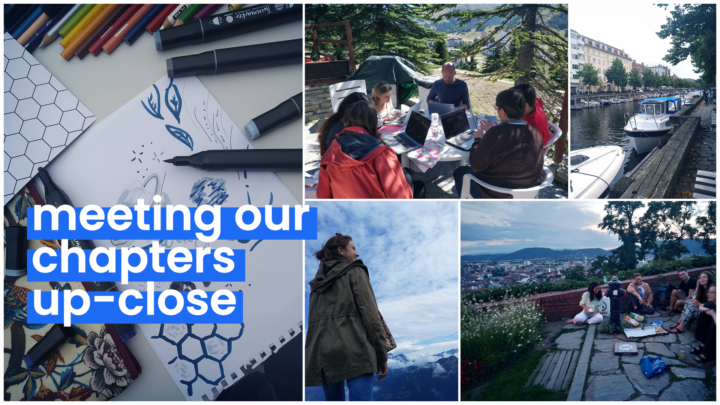 Over the years, we as a society have taken up a more digital approach to life, with the internet allowing us to bridge the lo...