“We want you… to become an Energysaver!” – that was the message addressed to students of four greatest Warsaw universities in November and December 2012 that expressed the main idea behind the Energysavers project. The fourth edition of oikos Warsaw initiative devoted to promoting sustainable energy consumption was fully supported by oikos International Project Development Fund.

The Energysavers project was aimed at uniting students to make a difference. oikos Warsaw attempted to convince them of the importance of saving: the project was to prove that saving money may be easily combined with saving the natural environment.

The grounds for the success of the project was an innovative combination of education, practice and the sense of competition and achievement: about 400 students of two different universities attended workshops on sustainable energy consumption and energy effectiveness whereas there were 24 dormitories inhabited by almost 8000 residents that actively took part in the energy saving contest.

In the first stage of the project four different sessions of workshops were organized at Warsaw School of Economics and Warsaw University of Technology. During interactive discussion panels prominent lecturers together with representatives of NGOs or companies operating in the energy and construction industry answered the question whether it was possible to earn from energy saving. The students were given a chance to enlarge their knowledge of new, energysaving technologies and face a challenge of solving an innovative case-study. The session devoted to passive houses and examples of green offices in Warsaw turned out to be the most popular: the number of participants that exceeded our expectations made us search for some extra space to let all those interested in the topic gather.

In the second stage of the project, a number of actions and happenings were organized to make the residents of the dormitories get acquainted with simple methods of saving energy that could be used in everyday life. One of the most memorable initiatives was a late night hunting for treasure game that consisted of a series of tasks to prove both the fitness and knowledge of energysaving techniques of the students. Around sixty residents of the dormitories divided into nine teams decided to leave their computers and other energy-using appliances to take part in the outdoor game and fight for a prize.

In the third stage of the project the residents of Warsaw dormitories were invited to take part in a competition in energy saving. For two weeks oikos Warsaw members monitored the use of energy in the dormitories to decide which team had saved the greatest amount of energy within the time of the contest. The winning dormitories at each of the four universities were given a special prize –energysaving sports equipment.

During the competition in energy saving the consumption of energy in Warsaw dormitories decreased on average by 7%. Nevertheless, the leader managed to reach the top reduction of 22%. According to the calculations conducted, if the residents tended to keep the consumption of energy at the decreased level, the annual savings would amount to 7300 kWh, which corresponds with the sum of nearly 400 EUR on average. As a result, the CO2 emissions would be reduced by nearly 9000 kg.

The statistical data however does not present the full, long-term effects of the project, since the impact of the initiative cannot be easily captured with the use of numbers.

Energysavers is a project that responded to the problem of irresponsible and excessive energy consumption observed in Warsaw dormitories. The initiative promoted responsible use of energy and made the students develop care for natural environment. Since the main goal of the Energysavers was to form rational habits concerning the energy consumption among students, students gained practical knowledge about energy saving and become conscious of the benefits of sustainable use of energy. In addition, oikos Warsaw expects that the residents of dormitories continue implement saving energy methods resulting in lower and more sustainable consumption of energy in the long-term. 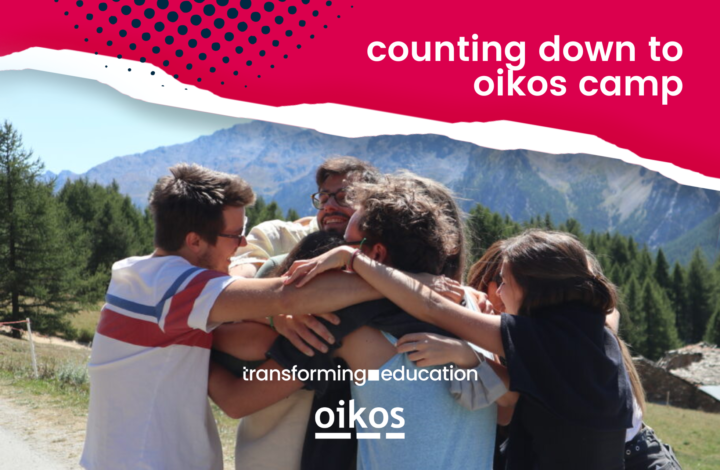 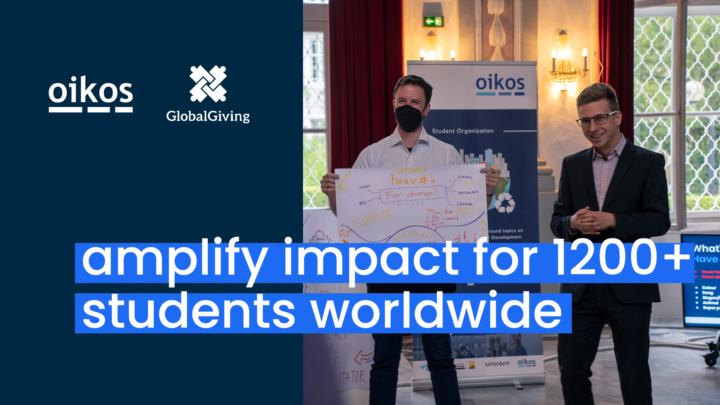 oikos Spring Meeting 2013 in Maastricht. oikos’ biggest project has, also this year, come to an end. The organising team in Maastricht hopes to have left a touch of sustainable investors in all the participants. Read all about it!

The participants of the oikos Spring Meeting 2013 have all officially departed and beautiful memories are left in the air of Maastricht. The Chief Organiser, Anita Negri, had started off the conference by stating that the “Spring Meeting is a unique event, and it was an honour to organise it”. By virtue of the participants the turn-out was, in fact, unique. The theme of sustainable investment was embraced by the vast combination of activities. Participants had the opportunity to explore and reflect on various elements of this theme, ranging from local responsible shops, micro-finance, green real estate, speculation and commodities and behaviour of responsible investment to the European Sustainable Investment Forum policies. Activities that deserve a highlight are the green4equity workshop, Eco-map tours and the themed workshops with their projects shaping for the sustainability competition. With respect to this, we would like to congratulate the ‘speculation/commodities workshop group’ who won the Spring Meeting 2013 competition. The strengthening of the oikos community was not overlooked. In Maastricht, three chapters were given the status of official Full Chapters: Penn, Paderborn and Tübingen. Moreover, there was an intention to create continuity after the Spring Meeting. This was fulfilled with the future elaboration of the ‘speculation/commodities group’ project, or the cross- chapter cooperation on the topic of eco-fashion, which will keep the members in touch.

Following the slogan of the 2013 Spring Meeting, sustainability played a central role. Vegetarian options were always provided, only tap water was served, all food products were local, only recycled paper was used, the hostel had the unique EU eco-label and all places were reached by foot or by bike. The international aspect was also satisfied by the presence of 33 nationalities and experts from all over the world. The final aspect, networking, entailed the exchange of ideas, the sharing of knowledge and the development of new plans. Opportunities to experience this were during the Project Fair, networking lunches, drafting the projects for the competition and the peer2peer workshops.

At the end of the Spring Meeting, Anita, stressed the importance of keeping in touch, making the most of the incredible oikos network and enriching ourselves day by day through our projects. The Spring Meeting in Maastricht will not easily be forgotten!

Reutlingen and Lausanne, Welcome in oikos!

There is no better way of entering the year 2013 than having more fantastic people in the oikos community. We are happy to introduce two new oikos Chapters in accession represented by students of HEC  Lausanne and Reutlingen University. Read more about their plans and advisors.

oikos Lausanne was kick started by José Luis Ibarra, Sébastien Bianchi, Lucas Bosonnet and Franck Canavesi, the graduate students of the Faculty of Economics and Management, who strive to combine economy with  social  equity  and  respect for  the  environment. oikos Lausanne already started creating  links  with  sustainable  enterprises  and  institutions in their region and among others going to organize a case study writing competition  in the upcoming semester. The case  study will  be focused on real sustainability problem faced by selected enterprise while  students  will be searching for the best strategies how to solve this issue. Whole case writing should be integrated into the University curriculla and the winner gets an Internship  in  the  enterprise.

oikos Lausanne is lucky to gain a support from local Chapter Advisor Prof. Guido Palazzo who serves as Director of the Strategy Department at HEC Lausanne.

Reutlingen became 11th Chapter in Germany which has highest oikos Chapter representation. A team of three local chapter Executive Board representatives, Sophie Lorz, Julia Weiß and Benedikt Lemke already managed to recruit new members. In the next semester, oikos Reutlingen would like to introduce practical approaches towards sustainability, such as green and ethical fashion or responsible consumption.

Many thanks to oikos International Executive Board Member Christian Bärtsch for guiding both teams through whole application process.

We are looking forward to seeing great actions and development of both, oikos Reutlingen and Lausanne.

The oikos Model WTO provides an opportunity for future decision-makers to face important global issues in the simulation framework of the WTO ministerial negotiations. Every year since 1997, students from around the world have been invited to Switzerland to debate and exchange creative ideas in the realistic context of the World Trade Organization.

Spring is almost here! Snow is melting away, making way not only for tiny buds, but also for an array of oikos activities. Preparations for the oikos Spring Meeting is in full swing, and this includes the search for the next oikos President. The Winter 2013 edition of the oikos Case Quarterly is out, bringing exciting new cases on energy topics, and so is oikos Hamburg’s sustainability report. Student Reporter is on The Huffington Post, and if you want to join this outstanding team of critical writers, read below for an opportunity on academic reporting. And finally, spend 30 seconds getting to know not just one but two dynamic oikees, Francesca Stocco and Leila Kazimili, as they share with you their sustainable fashion journey. Read more